^^ Since my bro’s not home nowadays, Brandon took over his colourful bedroom.

Red Dates, Ginseng Honey Drink – yum! It’s all gooey and stuff, and supposedly good for those with dry throats and stuff. 83

So my 9 year old cousin, Brandon, came over Monday evening and left around 2:30pm today. We played Chinese Checkers, some Maple Story, talked about girls and their boobies (yes, I know, persistent little horn-dog), introduced him to Worms Armageddon in which he kicked my ass quite a lot, but ended up losing because revenge overwhelmed the best logic… 8] Etc, etc, etc. He ended up going out with my two eldest cousins on Wednesday and had an entire day of fun and games with their kids. ^^ I thought his bedmate was a Calf that produces chocolate milk, but Brandon told me that it’s actually a pitbull. What do you think? Pitbull or calf? Anyway, since most of our time was spent indoors in front of my computer unfortunately, I ordered some new games for next time when he comes over. Then again, next time should be summer, so I’ll ask him to bring his bike over so we can go outdoors for a change.

How about you guys/gals? Any young uns come over lately and all hell/joy broke loose? 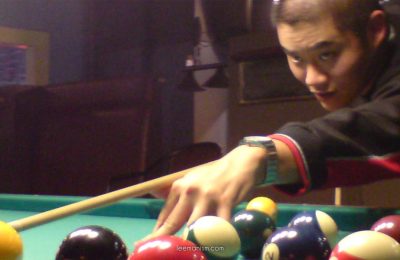