No, not even, but it would have been cool to be able to play Grand Turismo 5 somehow. ^^ Can you believe he actually lost weight? Yeah, he did. He looked lanky. Like moi! ^_^

So Mister Buttfullofgas dropped by around 8:30pm last night. He caught me in the middle of an email unfortunately, and a phone call, so we didn’t actually leave until roughly 9:20pm. He played Need For Speed Most Wanted, while I got ready. He ACTUALLY lost a 3 Lap Circuit to 3rd! [sighs] How could you!?!?

^^ While we watched TG. It looks messy in this picture, but in person, it looks fine. Maybe it’s the flash.

Anyway, we ended up at Sui Sha Ya, and the place was quiet as usual on a Tuesday night. I had my usual large beer. This time, an Asahi. They ran out of Sapporo. We had two rounds of sushi and cooked stuff. It was alright. At the time, some stuff were dry like the gizzard and the hearts. The motoyaki was also not as good as Tokyo Ichiban, however, the nigiri tuna and salmon made up for it.

We talked about a whole bunch of stuff. There was so much stuff I don’t remember exactly what. I believe a small part of that conversation had to do with the discussion constipation and how Tylenol 3 can cause it. [laughs] Ah right, we also talked about a working PS2 emulator for the PC, drinking beer before, during, and after a bike ride, bi-curious and bi-sexual girls, and other stuff. ^^ He looked cold, though my room was boiling hot. He should have stripped down to his undies. He could keep the hat if he wanted to though. ^_^

After that, we went back to my place and watched episode 5 of Top Gear season 10. Then he fell asleep after that. I tried to unzip is pants, but he was unfortunately, still awake enough to muster some energy to defend himself. I would just like to point out that there is NOTHING to defend against. Just relax! [wink] 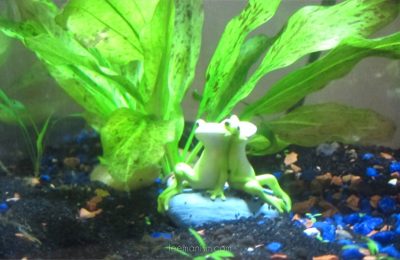