Gorgeous beats, as usual… 8] Come on, if you go through my musical selection, I have THE BEST selection of house, jazz, and ambient trip hop. [sigh] I miss my company days… Those nights, sipping First Estate Taylor Fladgate Port, chilling on the couch, sampling some of the early millenia’s finest ambient house tunes… Yeah… I really miss those days. [chuckle] And I was only 22 at the time. Talk about being self-spoiled eh? [grin]

So it’s late again. I can’t seem to NOT talking about the FTX project. It’s a bit hushed, and people don’t know what it’s about. Of course, there are the very select few. We had a meeting yesterday (Wednesday) with Jason, Ray, Simon, and Benny. It was very productive. We are so close – so very close to completing the demo. I am happy. Yeah… I am definitely a lot happier with myself.

So the past year was the shits, but now, after all that, after more than a month later, I feel so much better. I feel as though I am going back to being myself – being that super hard working, super devoted, super loyal ‘follower’ of sorts. I’m not the founding father, but I guess I can be the founding uncle… 8]

Loud Productions was the child I wanted to father and raise, but I lost her. Freelancing for a few years, finding Razor, go through ups and downs in that company, and through ups and major downs in my own personal life, and finally after all this time, all that sweat work… So close… Hopefully, we will get it – we all will get VC. If we get VC, then stage one is complete.

1.5 million, first round – slightly less than what I had thought, but it’s a start. It’s not much, but it will get things under-way. Well, I can’t discuss that openly, so that’s that.

You know, sometimes I wonder how Ray (CEO of Razor Technology) feels. He’s in his late 20’s, and runs two very successful Dairy Queens – one on Cambie Road in Richmond, and the other on Denman Street in Vancouver. His father must be very proud of him. I mean, I used to think I was a workaholic, but Ray, wow… I think he only gets sleep every time he blinks! 8]

Albert always makes his CA designation sound like the elite of the elite, and I am sure it is, and seems to have less ‘respect’ for CMA’s and CGA’s, but you know, for myself, I never judge a person by his designation and rather on their character and experience. Ray’s designation in the world of certifcations is a CMA, but I can see he is so much more. Just going to the meetings twice a week, and having the chance to read over the massive documents he sends to the team, I can see he will continue to make an even better leader in the future. If the FTX project gets VC, I am sure he will do his best to move things along.

That’s why when Albert belittle’s other people for their positions in their field of industry, and wonder how I can take things like that so calmly, I basically can because I know that people get paid relative to their field and to the companies they work for. Sure there are other designers who get paid $70k to $120k per year, and right now, I am getting speckles of that comparatively, but you know what? I chose this path. I never asked to get paid X amount for the work I do. I do my work for Razor cuz I want to be bigger than $70k to $120k per year.

My career is my hobby. I don’t treat it like work. If I do, then it won’t be as fulfilling nor satisfying. I will never put in as much effort and my integrity in my job will be a lot more unstable. Treating and feeling as though my career is my hobby is the greatest feeling, cuz after every meeting, all I really want to do is go out and have a night of fun – or just chill. It’s like a part of my break you know? My hobby career is like something I love to do. A flow of events in my day to day, week to week, month to month, year to year, etc… THAT is why I wanted to meet Flora as my new drinking partner. I just want to go somewhere, drink, and listen to her talk. It doesn’t matter too much what… So long it’s not about some new shoes at X department store, or some sale at X place. I can’t get Albert out, cuz he’s too tired and he can’t drink anymore.

I admit, I want female company. Not because I am a horny bastard, though I do not deny it. No, I admit I want some eye-candy to go along with the conversation and my drink. I am NOT looking for any sexual relationship, and that’s where the bulk of the world will never understand. I like to go out and just chill with one or two females, with a taste for finer things in life, because I like the finer things in life. I don’t give a shit about designer clothing or jewelry. To me, those things don’t mean anything to me. Yes, I love the 1998 Porsche 911 Turbo, I love the Ducati 996/999, and I love the McLaren F1 (1995), along with my special favorite – the Agusta MV F4, but there is a major difference between fashion and jewelry and that of those four very special extraordinary feats of engineering and structural design. There is no character in wearing a 5000 dollar ring. However, having the chance to experience a McLaren F1 in the rural highways of North America and Europe is totally another thing.

No… I don’t think I am made out to be someone who can be in a long-term relationship intimately. Maybe it’s just not me. People say that I am a nice, caring, and wonderful, silly, funny, blah blah blah person, but maybe I am not cut out for that sort of comfort. Maybe the ‘first choice’ corporate executive sort of style is my lifestyle… Ah… Whatever… 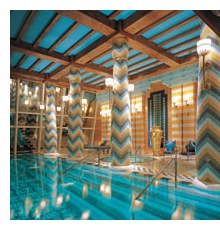 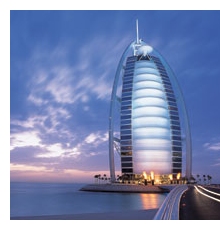 Yeah… My all… I still can’t quite grasp what she said, don’t know her name, but she said that she… Yeah, incorporating everything – each set makes up a point, all the points make up the person. If some of those points are missing, then that isn’t the person… Mhm… I still can’t quite grasp it. Maybe because I am naive? Maybe because I have not experienced enough? Maybe because I am not mature enough? Then again, she isn’t exactly more mature than me… She seemed to be no older than say 26, 25? Then again, people say girls mature faster than boys. Why is that?

Aya, I am so screwed! I have to wake up in less than 3 hours to drive my dad to work. Fantastic isn’t it? I have thoughts, and they must be exposed, else, I fade away like every other dull boy…

Will I ever travel to Dubai and witness some of my own visions come true in the material form?

“The city is not my vision. The city is the representational concept of my vision. It is the philosophy behind the concept that formulates my vision. No one will ever see what I see, nor feel what I truly feel, but if you allow me settle you relatively to where I stand, and guide you to how I see, and show you the way to feel, then maybe, you may be able to experience tidbits of my vision. At the very least, have a taste of the concept…”

Indeed… Maybe not in my lifetime… BUT, I can start it.