It’s a good song by the Righteous Brothers.

Well, mistakes happen and I can’t go back in time to change them, and even if I can repair the damage in the coming future, I can only do so much. Scars and such will always be there.

The last couple of days, I’ve been jumping from one project to the next quickly enough that I don’t have enough reserve energy to actually keep me going healthy. So last night, I retired to bed earlier – around 2:30am and slept until around 7:40am, then got out of bed by 8:30am. I have to go to my client at 11am to 3pm, then come home and work on Razor stuff, get an hour of napping, then out to my Razor work meeting at 7:30pm to around 11pm.

To keep me sane and creative, I’ve been playing Half Life 2. It’s an innovative first person shooter with a few puzzle elements and the realism is nothing I have ever seen before. It wasn’t until I played HL2 for a couple of hours that I realized why I have been so numbed out for the last two years. I remember when I was younger, there was a certain unexplainable feeling that I lived from day to day that had both sad and numbing undertones, mixed with bouts of happy moments and such. This feeling was strengthened and boosted temporarily whenever I play first person shooter games that had elements of realism in them.

I think how this happens is that in FPS games, my mind is in-tuned to the virtual world around me. Like in Terminator Future Shock – super old game, I remember it was in early-mid 1997 in the evenings, I would spend tons of time on that game and would immerse myself in that sort of broken world. Whenever I turned off my computer off, and my mind switched back to reality, I felt that I was in a foreign place. With HL2, there is no exception, and what’s more ‘solid’ is the fact that HL2 is realistic in every aspect. The graphics and effects are nothing I have ever seen in any other game, yet it doesn’t take much system resources at all. So everything is fluid.

Unfortunately, unlike my youth, whenever I play FPS games nowadays, I gradually feel more and more sick. I think it’s because of all the rapid mouse movements coupled with tiredness and stress. So I can only play HL2 for 2 hours max at a time.

So to explain that feeling more… It’s very unexplainable – at least hard to pinpoint a clear way of describing it. However I can say this much – is that when I am immersed in that world, as much as that world is broken and distressing, I feel the most at ease with it. No, it’s not simply an escape from reality. No, indeed that would be the first thing people would think. Instead, I think it’s because I am alone in that world, where no one or anything is familiar to me – just like my dreams, when I fall asleep.

Ever since I was very young, I’ve had nightmarish dreams. Over the years, I’ve grown accustomed to those type of dreams, as vivid as they were and I feel that as I grow older, become more and more in-tuned with responsibility and duty and less for fun and youthful fantasies, it is in my dreams, that I am allowed the only place for spiritual and mental refuge. My dreams are the only place where I can find solice, as much as they may be nightmarish. I think it’s because it is there that I am the most familiar with myself, my desires, regrets, feelings, etc – as much as it is also the most foreign place. 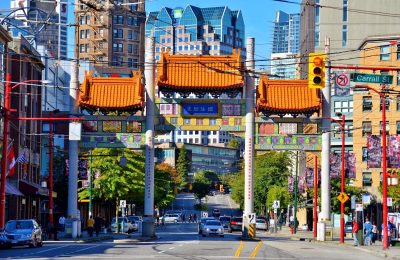