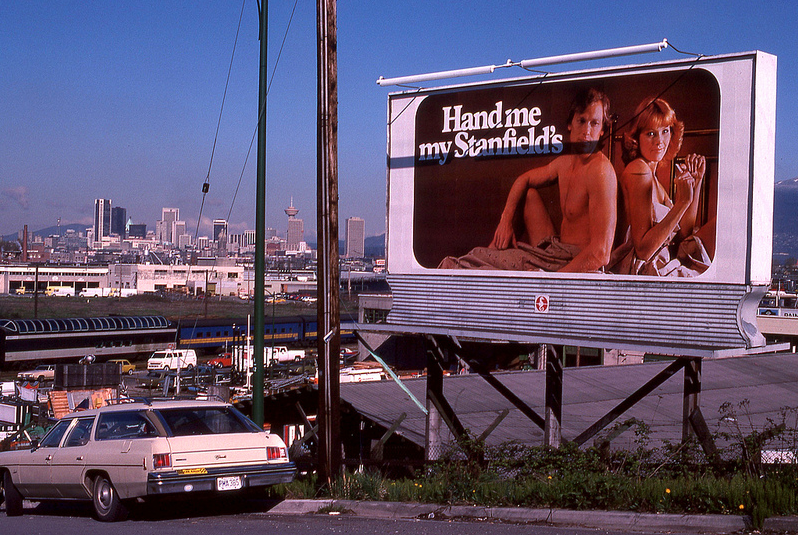 I was born in January 1979 and throughout the early to mid 1980’s, my memory of cars were shaped and styled like that of my dad’s 1976-1977 Chevrolet Nova. It was sky blue which is the same as our 1995 Mini-van that we still drive today. It was obviously different. Today, cars are generally round and sleeker. Though I generally like the style of modern cars, I find that many of the cars today lack the character of those back in the 1970’s. There was something raw and in-your-face, even though I have to admit that many of those cars did also look a bit boring like my dad’s Nova. 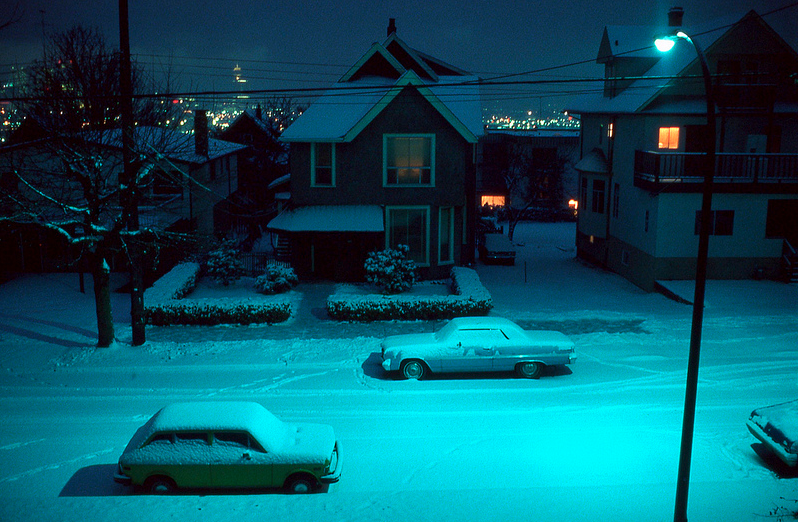 ^ You can see downtown in the background. This street scene brings back a lot of memories. I used to live around Main Street and 8th prior to moving to Richmond.

So I happened on this article that shows various spots throughout Vancouver in the late 1970’s and one thing came to my mind: I really miss seeing those old 1970’s cars. I think the reason is because it reminded me of my childhood days where I would spend the entire day at home with my mom, then eagerly waiting for my dad to come home from work in his Nova. The thought was that once he came home, we could eat dinner and then play a little, then go to bed with my mom telling me a bedtime story. It was the day-to-day anticipation of a flow of events that just made the day ‘connect’. I know I don’t make much sense right now because I’m quite tired and my brain is fried. That’s a large reason why my grammar is being killed left, right and centre. 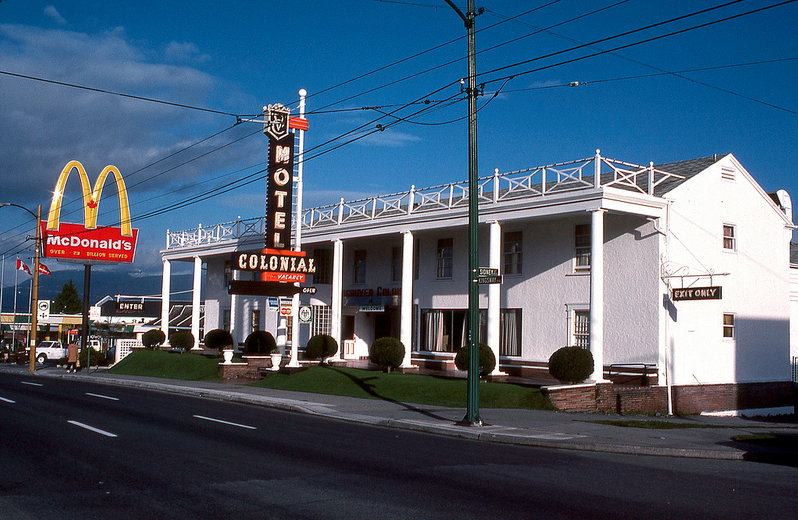 ^ This motel is still on Kingsway.

Anyway, looking through these old photos really made me think back in the early to mid 1980’s. Having grown up through the 1980’s and 1990’s and finally just inching through life in 2010’s, I have found that I miss the 1980’s even more. I told Amber that the 1980’s was a decade of true creativity in music, art, film and fashion. It was when everything was a hybrid. People had big wild hair, wore dress shirts and a coat with jeans and white sneakers. The Never Ending Story, E.T. and Flight of the Navigator were memorable and magical. Robotech made it on television along with toys I wanted to get at Christmas. Santa was real. Christmas trees and decorating them were a yearly event I looked forward to. I played with Lego. I even had a Lite Brite, which was actually my brother’s. This was the decade when my mom wore spring dresses and took my brother and I downtown, to shop at the old Woodward’s. 1986 was the year of the Concord Jet, beautiful skies, the world Expo with Expo Ernie and hearing the phrase “…and knowing is half the battle.” at the end of each G.I. Joe cartoon episode. 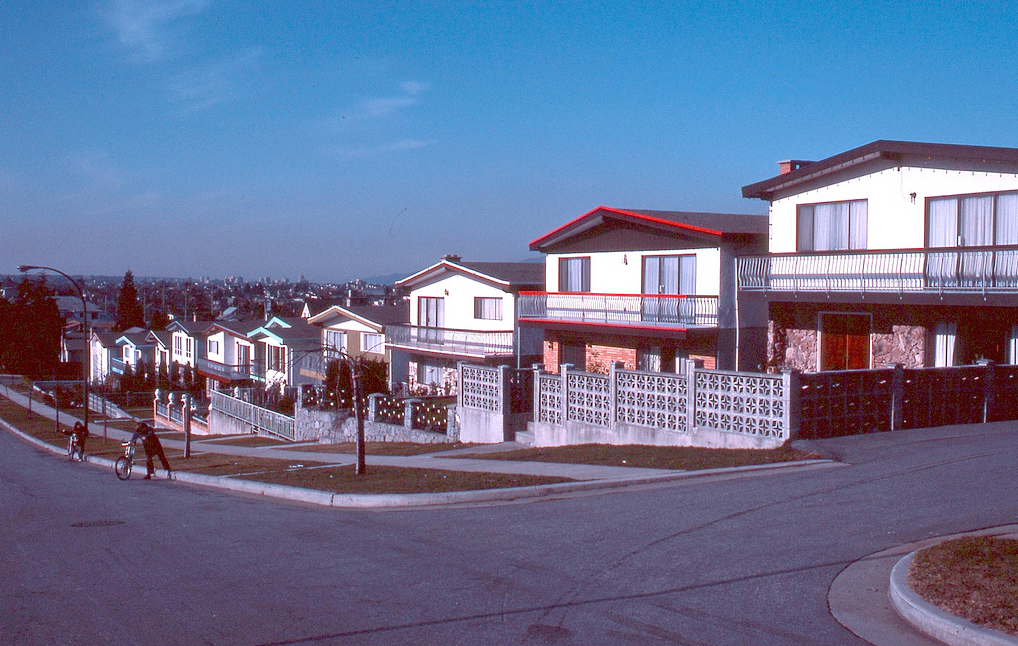 ^ The Vancouver Specials. My aunt’s neighbourhood in the 1980’s looked like this. She was the one with the sole modern house. That is, until the late early 2000’s when the Specials were bulldozed to make way for modern homes.

I miss my childhood. I miss my Dukes of Hazard and E.T. lunchbox sets. I miss being a kid, holding my mom’s hand taking the short walk from the bus stop back home on Hollycroft Drive where we lived. I miss the chocolate milk we got when we ate our hotdogs during Sports Day. I miss standing on the bathroom counter, peeking out the sliding windows towards Cypress Mountain wondering what that was all about. I miss playing in our backyard which looked so large back then. I miss being creeped out by the closet under the stairs. I miss the parties my parents had when all the kids our age came over with their parents and we played together. I miss going out to the pumpkin patch and choosing a pumpkin. I miss that one summer, my mom and dad brought my brother and I out to the field and flew a kite. I miss the purity of my childhood. I really miss it.

Of course, all I can do is miss it and continue to move forward. Maybe I can build some further good memories for my wife and I, that I can continue to look back on with stories, but I know that nothing will ever really beat my childhood memories. They were simple and sweet, unlike what growing up has turned out to be.

If you want to see the other photos, take a look at this article at Vancity Buzz: https://dailyhive.com/vancouver/vintage-vancouver-photos-1970s