I know it has been a SUPER DUPER long time since I posted an entry, let alone a fun entry. Yeah, I did away with the log-in. That is why if it seems you need your comments to be approved first, it’s because the system didn’t recognize you as a member. Fortunately, so long as you use the same email when you post, your second and future comments will automatically be approved.

Anyway, this entry will be a mix of my thoughts and feelings, as well as some fun stuff that happened recently. Let’s start off with a few pictures of a night with two of my friends…

I was one of those people who snickered when Amber told me she was playing a browser-version of the game. I was also one of those people who heard about this game many times in the past, even saw the occasional video and never bothered to be remotely interested in watching them again until a cousin mentioned it, in which I mildly tolerably smiled and watched them again. Then one day, out of the blue, my cousin Andy (though he calls me Uncle officially) told me a bit more about it and I made an impulsive purchase. To cut a long and boring story about digging and building short, I spent about 10 to 12 hours per day the first week playing in Single Player. SINGLE PLAYER just DIGGING AND PUTTING BLOCKS ON TOP OF EACH OTHER!!!!!

Then work called me back and I had to work… Work sometimes. I was burnt out from the game by the third week, but kept playing UNTIL I found out about Multiplayer SERVERS!!!! Amazing thing it is. I joined a couple before I found a particular home. I won’t mention which server I play on now, because I want to keep a certain anonymity about my thoughts on that server. Overall, it’s the best server I found so far and I don’t see another server I would migrate to, unless it was specifically for Hunger Game modes but even then, only for that PvP adrenaline rush. I would still go back to that server for the long term growth and ‘fun’.

I wouldn’t say my creations are amazing because I am not an amazingly creative person. However, I would say I like looking at my creations especially when I was there from the start and saw it grow, change, etc. You can take a look at the progress of it here: http://www.papierlovestory.ca/minecraft/principality-of-amber – The images there are slightly outdated by about two weeks, but it’s quite close to them.

It’s a bit depressing playing the game because although there are usually about 25 to 75 other people playing at the same time, I feel quite ‘alone’ as I cannot relate to any of them. I’m not saying I should be able to nor do I actually want to, but at least in some multiplayer games, I am either very good at it and normally keep to myself or have a certain ‘fame’ to my name and people greet me when they see me log in. For this server, I don’t even want to make a name for myself and I speak very little in chat. I believe the reason being that I feel that the majority of the people there are too pretentious, as if their desire to welcome new players to their server is primarily initiated for their necessity to be socially acceptable and gain popularity.

For example, in other MMO games, I do not gain popularity for what I say or how I act because I normally don’t say or act a certain way. I gain popularity for the deeds I do and the aid I provide, often without asking for anything in return. In other words, it’s accidental popularity and in my earlier days, incidental infamy. On that server, whenever I see a new player join, a dozen or two would welcome that player, but once that player settles in barely a day and asks a legitimate question or two, s/he is often ignored. I often leave chat alone, until I see that happen, then step in and answer questions to the best of my ability. Usually I answer them in private chat. I even disguise myself as a chicken to hide my name tag when I offer adventurers aid, like yesterday when a player was trying to move her sheep over my lands. So as a chicken, I built a flat path of dirt for her to travel on which eventually I just gave her 4 Sheep Eggs instead of painfully watching her try to herd her sheep for another few hours.

Anyway, I feel so full of myself suddenly. So let’s skip this and move on…

^ We were playing a board game called Quelf. A lot like Cranium but much sillier.

^ Just Pat telling us story of grandeur and conquests across the galaxy!

So you may not see a lot of pictures even from years ago that were inside my house, let alone in the living room. That is because I live with my parents. We have a mutual co-dependence financially on the loose said-assumption that… Well it doesn’t matter. I was trying to get at is that my parents were gone from November 8th until yesterday December 13th. They went to Shanghai for a week, then Hong Kong for four weeks. In these five weeks, I gained a degree of independence and freedom that I never had in the past. I had to cook for myself, clean for myself, do the laundry, vacuum, buy groceries, check the mail, answer calls, etc, etc, etc. Even though it was work on top of work, I loved it. Although I have to admit that at the same time, my loneliness came through. This isn’t a big house, but it’s too big for one person and in the vastness of this empty space, I felt very alone. That is why I had Laura and Pat come by on two different occasions, went out a bit more, etc. It doesn’t help much though. It helps a little, temporarily, but not that much.

I think it became worst when Amber suddenly dropped off the face of the planet saying she lost her internet connection which still does not excuse her from not answering any of my text messages. It wasn’t until I messaged her sister and aunt that I got one text message from her, saying she missed me. Then when I asked when she will get her internet back, she never responded. So I gave up. The last few days, I kept my frustration in check by telling myself over and over again: “I’ll just not think about it and think about other things.” Two days since her last text and ten days since our last Skype. Oh well, I won’t make a big fuss of it. She must have her reasons.

Laura came over Wednesday evening after getting a nice swearing text message from her. She was stressed! We talked and then she went home afterward. I’m surprised she isn’t stressed more often, considering she’s a high school math teacher. Average classroom size here in Metro Van is 25 to 30 students and she gets a few classes per day on top of her church activities, family life and of course a woman’s supernatural monthly phenomena. ^_^

Hmmm, oddly I feel a bit better after typing all this out. WHAT IS GOING ON HERE?!?!?!

I’m not sure if you know this, but in older Chinese drama about crazy ass martial artists who can fly across the room and kick their enemies in the face a billion times, I suddenly imagine myself using E. Honda’s Hundred-Hand-Slap on Laura’s backside, then turn around and fling frozen halibut at crowds of school children wearing heavy military armour with giant goggles. I need some red paint for my face! 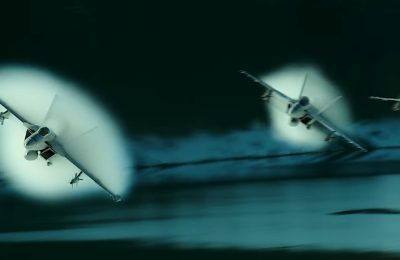