One of the most mind boggling things I have come across is when someone tells me they can’t do something in someone else’s house because it’s rude to do so. I am specifically talking about some of the most mundane things.

Take Jason for example. He’s staying at his uncle’s place in Calgary. Jason was given a chance to find work and stay with his uncle in Calgary and as such, has found a great job all thanks to his uncle giving him a place to crash. His uncle’s family is a religious family and they go to church multiple times a week and have many bible study sessions at home as well. In Jason’s ultra empathetic gratitude towards his uncle’s family, he has agreed to go to church with them, religious events and now, stopped using the internet because he feels it is rude when they are having a bible study session in that house.

Can someone please wake me up or at least tell me why he feels that it is rude for telling the religious family that he doesn’t want to go to church because he is not Christian? Can someone enlighten me why he can’t stay inside his bedroom, to use his laptop to use the internet when the family is having bible study downstairs?

I mean seriously: what does the family’s religious affiliation and events have anything to do with him and what he does with his private time and space? Firstly, he was invited and his uncle knew he is agnostic and not religious. Second, his uncle never forced him to go to church.

I cannot grasp why someone would be super ultra empathetic this way? I cannot help but see Jason sometimes as a pushover for letting people take advantage of him and letting others step all over him. Sure, this “I am a guest at his house and surfing the net after a long day of work in the privacy of my own room” *might* be considered rude, but I personally feel this is taking it way too far. I am surprised he doesn’t stand at their beck and call every day, every waking hour. Heck, I am surprised he doesn’t stand at a street corner waiting for those in need and help them cross the street out of good will.

Jason isn’t the only one. He is just one of two experiences I’ve observed. Amber being the other.

Whenever Amber goes back to her sister’s place, she cannot use the internet, BUT she can help her nieces with homework, play games with her nieces, cook, clean, do the laundry, vacuum, take the dogs out, care for the dogs, help the sister with chores and all other servitude jobs, BUT she cannot bring her laptop upstairs to talk on MSN or surf the net or do anything with her laptop in fact.

She says that her sister and mom considers it rude. Oh right: it’s rude for her to use her laptop when there is nothing else to do but sit around and enjoy dust floating in the air and doing chores, but it’s not rude for her sister and mom to borrow money from her and pay her back in tiny bits AFTER they spend money on a tv, a puppy and an Android phone? What sort of world do we live in seriously?

When I look at Jason’s super ultra empathetic gratitude towards his uncle’s family and Amber’s mom and sister, I truly feel that I am living in a Twilight Zone episode. There is a time and place to show gratitude and there is obviously a way to be tactful when not trying to overstay one’s welcome as a guest.

My mom and I had a talk about this awhile ago, in particular to Amber’s situation and she gave me exactly what I expected in expressions: o_O I said to her after, that if my brother who moved out a few years ago, came back here one day and took out his laptop, I would not even think for a second that it’s rude for him to do so. In fact, if my brother came home and for some reason, I became a Hindu and I was having some scripture studies with my buddies, I would not think for a moment as rude, if he decided to go upstairs to the computer room to use the internet. My mom shared my thoughts as well and chuckled at the notion of how some people can find something so utterly mundane and normal as being rude, especially in your own family’s house. It’s not like my brother is going to move in suddenly with his dog, his belongings and leech off of us for the next few months.

Check this out: How to be a good house guest? – common sense I would think? Just don’t overdo the “being good” part. 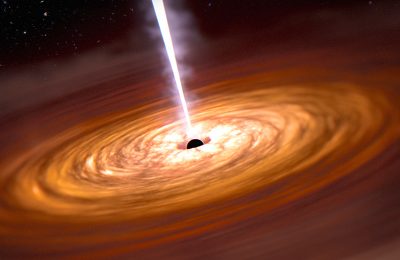