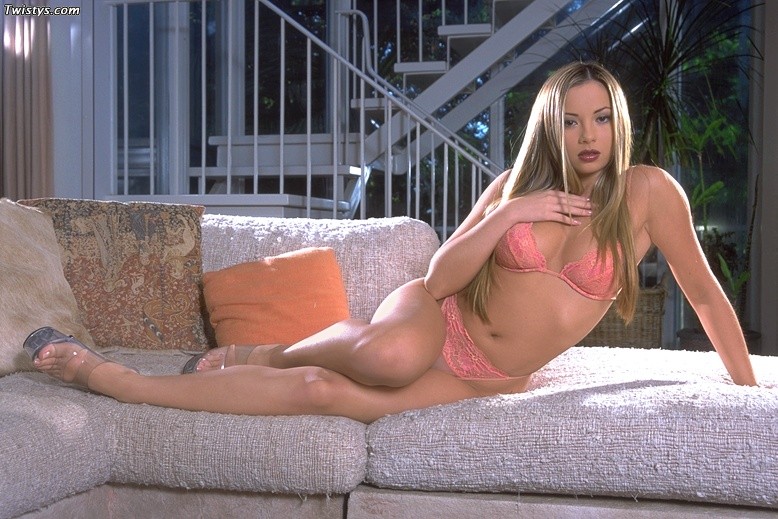 The main thing that prompted me into entering this entry was to define my thoughts on what beauty is to me and how others may perceive that beauty. Now, I feel that Ms. Jade here deserves a perfect 10 on a max point scale of 10. Indeed, there might be some airbrushing and maybe some photo manipulation here and there, but I’ll stick with my score and say that she is The Perfect Goddess.

As long as I had gained self-awareness and awareness of the world around me and how it relates to everything, I have known that the definition of beauty can differentiate between people, but I have always wondered if there is a set of people in this world that defies that differentiating beauty. In other words, if there are people out there who are generic in terms of refined beauty that everyone can say, “Wow, she is a definite beauty” or “Damn, he has to be the world’s hottest man”?

In some remote cultures, certain traits not generally found in westernized society are much more preferred in the minds of men and women. I’m sure the Pygmy men prefer their Pygmy women shaved nearly bald – head-wise, and carry extra belly-weight for whatever reason. However, I would have to say that if a society solely base their preference in their women in a set standard, then their idea of refinement would be just that – based on shaved, nearly bald heads with big bellies. That is their way of thinking, “Wow, she’s damn hot” based on what they are accustomed to.

Let’s put it into perspective though, what is man’s natural raw sexual instinct? It’s not the jewelry that a woman puts on. It’s not the make-up she puts on herself. It’s the refinement of herself that a man likes the most. So what makes a woman refine? In a physical sense, it’s the natural phenomena that occurs when a man seemingly experiences a woman’s refinement of her body.

A test has most likely never been done where we put a super hot, curvaceous, facially very cute female with all the refined body parts into a remote culture such as the Pygmies, and see how the Pygmy men would react to someone like her in a community of Pygmy women with semi-bald heads and big bellies. I was just thinking that there is a raw chemical and emotional formula within every one of our minds in what we know is refinement and what is merely a superficial illusion masking refinement, AKA “Society’s Conditioning”.

Again, let’s go into perspective. In our common westernized society, we have the majority following a certain spectrum of whatever trend is out there. Then we have all the minorities such as Goth-wear, Industrial-wear, the pale/vampiric emo types, the skaters with skinny bodies, most hongers and their small frames and long hair, and so on and so forth, BUT because our common westernized society has ALL of these majorities and minorities mashed into one massive spectrum of styles, we will always have a scale to base good looks and refinement on. Where as in a society where all the women are fat, or all the women have huge nose bones, or where all the women have rings around their necks that stretch their necks upwards like human giraffes, the men in those cultures are limited to what they have, versus the common westernized society, where we are exposed to other styles not immediately in our own comfort zones.

With the above said, I normally dress in the most comfortable clothing I can get my hands on. If it’s cycling, it’s mesh material made for comfort. If it’s hiking and camping, it’s the dry-fit stuff coupled with meshed pants and such. If it’s going out, I either wear casual sport or semi-casual dark colours. Basically, I keep myself as low-key as possible. The overall grooming before I left for HK was just basic short hair cut, no jewelry, and keep my body fit for sports. I have something of a lower-end preference for most females that I could find attractive on this planet. The thing is though, I also find women outside of my style and comfort attractive. For one thing, Ms. Jade would be one of them. Another would be that I find some Gothic girls really damn yummy.

What I am trying to get at here is that some people believe that it is the media that have the biggest influence in what common society should accept and shouldn’t accept. Where as I have never felt common society and the media has dictated on what I find beautiful or not. Though on a side note, I’m sure as of today, my tastes in what is considered beautiful will evolve as I age unhindered by what society believes is beautiful.

For example, Patrick once told me that when he went tree planting, all the girls there were about average and below in physique. However, over time, as he got to know them more, he felt that they were actually not that bad in looks and some quite cute. Now there is that entire mentality and limitation that I pointed out three paragraphs ago. Of course, if you are stuck in a place where the best looking females are ‘average’ and below in looks, then over time, the average looking females will be the best looking ones. It’s all about perspective within the limitations of one’s environment.

If all my life, I only had the choice between 1000 red bowls, where each one had a slight random difference in texture, tone, and thickness, then all my life, I would only know to choose one of those 1000 red bowls to use as my preference for bowls. However, if all my life, I had a choice between 1000 different coloured, differently shaped, differently textured, transparent, semi-transparent, opaque, short, wide, flat, round, tall, and so on and so forth – I then would have developed a different perspective on what I like as what I think/feel/believe refinement would be. My idea of which bowl is the most beautiful would all be attributed to how I was raised, what I have experienced, what type of surfaces I liked, and my association to those shapes and colours.

As far as the media goes, yes, there are the fools in our common society who follow trend and ego way too much, and allow the media and other people who follow that media to influence their lives so much that they become a drone in that Hive Mind. “To each of their own” would no longer apply to people like that. However, media knows what beautiful people are. I know what beautiful people are. The media simply takes what common society likes and churns out a refinement of what people in media think beauty is. Whether people like me accept that or not is another thing.

Media says Jennifer Aniston is a hottie. I think she’s sexy. As of now, I think she is an older woman I would really love to have a ‘relationship’ with. Then again, that is my raw sexual nature calling out. Whether I would really do it or not, if given the chance, is another matter.

Media says Rosie O Donnel (sp?) is not sexy, and I agree. That is, I believe there is no physical refinement about her. I don’t know anything about her personality, but as far as I can tell from her television shows, she ain’t that great altogether.

Media says Anna Nicole Smith is another hottie. I think Anna is a sex starved nymphomaniac with big breasts, a nice voluptuous body, and a cute face. Definitely not girlfriend material for me based on her actions on stage and in the news.

Media says Kerry Marie is sexy, even though she is chubby. I agree because her body is tight. Though she gained a lot of weight, she still keeps herself, tones her body up, and makes sure she looks great in front of the camera.

Anyway, that’s a filtered rawness of my thoughts. Is this a setup for a debate? Hardly. However, I wouldn’t mind your thoughts on this.

6 thoughts on “The Perfect Goddess”