Another day passes, and another day starts. ‘Time’ is moving so fast. Yet not at the same time. Almost like an oxymoron eh?

I’ve been meaning to enter a new entry for the last couple of days, but things got way out of hand in terms of work – or lack thereof. Sometimes I wonder how I can go through each day doing nothing, or doing something and not really doing anything at all, or doing something to not result in anything getting done. Does that make sense to you?

Just now, I took about 1.5 hours to watch some re-runs of Samurai 7. Before that, I napped from 8pm to 10pm, and before that, I spent 3 hours doing something that resulted in nothing done.

Over the course of the day, I receive about 3 to 5 emails from the RT team. Things are going great, but though I am in the process, I feel as though something is lacking in my motivational reasoning. Actually I rather call it my Motivational Sub-Logic Processing Core a.k.a. MSLPC or Mo-Core for a shortened slang. Heh, I make myself sound like a cyborg of some sort eh? Well that’s what you get for a super-logical, highly analytical human being who continously battle with his emotions.

About a year and a half after I teamed up with RT, I noticed that my Mo-Core had lost a lot of its initial fuel, or rather, the hardcode was somehow ‘replaced’ or ‘upgraded’ with new or extra code that conflicted with the foundational Mo-Core code. Hahaha… Confused? There there… That’s okay… [gently pats your head]

I think that’s one thing I miss, is patting someone’s head. Is this some sort of sick perverted thing I like to do? Sure, if it justifies your conservative mindframe. If not, then sure, I am a pervert – well, only to my own mate.

I was just thinking earlier, if I could work out every day, that would be great. Alas, that’s not good for the body of course. I also limited my cycling to about 3 to 4 times a week for obvious reasons. Mhm…

Yes, so about my Mo-Core; I wish I knew what to do about it. There is no problem when I switch into ‘Work-Mode’, but even then, the steps to go into ‘Work-Mode’ is difficult. I don’t know what’s stopping me. Is it laziness? Is it because I’ve worked on it for so long and the milestones are so long to come by, and I lose grip? I am sure it’s a combination of many factors.

Anyway, the actual purpose of this entry is about a dream I had when I was napping earlier. I dreamt that Patrick and a couple of his friends, including myself were trying to go up a mountain by car. We did it twice previously, and knew the icy mountain was unstable. It was super dangerous and scary. On the third time up, I closed my eyes and cowered in the back-seat, cuz I felt that the road was going to give way. It did.

Strangely however, I wasn’t in the car anymore. Patrick stepped out of the dust and his head was down. Both of his friends were trapped inside the car in the hole! Pat went to my house which was a Caribbean mansion down below. He and his dad and my mom were really sad, and another two of Pat’s friends sat outside on a picnic table sad too. I stayed in the house that suddenly appeared over the hole up at the mountain. I thought of ways to try to rescue his friends, and somehow got a hold of a phone and called 911.

When I reached the 911 operator, I was trying to tell her the address but I kept on misunderstanding what she was asking me to do, and we got into a bit of an argument. The operator finally told me to calm down and she explained to me what she needed me to do, so I calmed down and followed her instructions.

I remember that I was hesitant to call 911 in the first place, because I had a feeling from my other dreams that I always have trouble dialing someone’s number – all related to intimate companions of my past. However, when I picked up the phone, I stared at the pulse dialer (yes, don’t ask, it was on a cell phone, weird), and simply dialed 911 with it. I was surprised actually.

I don’t quite remember this next part, but I think Pat’s friends got rescued and then my dream switched back to my mansion where I met Flora (one of Pat’s friends) and I did something sexual to her. Oops… I don’t know where that came from. Honestly!

Right. I can’t interpret this one. So if anyone can do it for me, that would be yummy. 8]

The secondary reason I wanted to enter this entry was about World of Warcraft. I started that game with Carlo’s account in mid February 2005, then got my own account in mid April 2005. Played it on and off until March 12th 2006. Today is April the 29th. It has been 47 days since I played WoW. That’s a long time. Do I plan to go back to it? I thought about it a few times a few weeks ago, but that notion no longer interests me. I rather spend my time working on FTX, work out at the gym, cycle, and try to go out more?

You know? That’s another thing. I’ve noticed that a lot of irresponsible people do that – they drink and get themselves drunk with questionable people. Then when they sleep around (and possible cheat on their bf/gf), they blame it solely on the alcohol. BULL FUCKING SHIT! This amongst other similar ‘problems’ has deterred me from DC.org, but I keep going back there because of the other Aunts and Uncles.

An old song… It’s at times like this, that when songs like this really mellows out a person. Nostalgic almost.

You know? Maybe that’s what’s missing in my Mo-Core, is that ‘feeling’.

Another old song, from back in the day, when my mind was vibrant, restless, and full of ideas and visions of a great and glorious future. [invisible tears] I miss those days… I miss the feeling of those days.

Like that night in early 1996 in winter, I sat on that lawn chair at 1 in the morning, while my friends mingled a few feet beside me. John leans against the fence, while he looks into the light reflecting off the mini waves in the pool. The stars above shined brightly, as if the lights on earth wasn’t able to ‘over-shadow’ them. If I ‘looked far enough’, I could have sworn I could see the galaxies of yesteryear.

Like when the native indians of North America once saw the stars and the galaxies up in the night sky for thousands of years before us. [sigh] I’m sure no one really knows what I am talking about here, maybe except Graeme. He probably can ‘see’ what I am trying to say, even when I don’t put it into the category.

Anyway, I feel very old at 27, as if I am 54 – double my age. My mind is not mature enough yet, but it feels as though all the emotions I feel is at least double my age, and maybe even more. It really feels like I’ve lived for a long time, for hundreds of years even. My thoughts and emotions mingle together and it sincerely feels ancient. It’s like I can ‘almost’ feel the land and the skies around me – as if the wind carries with it millions of soft voices and sounds, and it becomes a part of me slowly with every breath I take.

I wish, I truly wish I can live life with this mindframe in this moment in time. Then maybe I don’t have to go through life as lonely as it is for someone like me.

People don’t know that we all go through life alone. Those who believe otherwise are naive. However, though they are naive, they are most likely a lot happier than people like me. We are self-aware, thus we know and feel it all. Those who aren’t conscious about themselves, are a lot harder on themselves but also a lot happier too – generally speaking. [grin]

If you ever meet me, or already know me enough, you may see sad eyes behind sincere laughter and honest smiles. That’s another way of putting it as Marlon had said every time he sees me again after awhile.

I agree with him. I constantly feel as though something energetic and alive wants to burst out of me. I feel so restricted most of the time. I wish there is some sort of deep and meaningful focus point for me to realign my desires and my energy to. 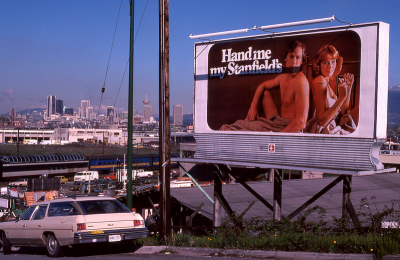