As I have tonight’s glass of De Bortoli, I wanted to reply to Erica’s email from yesterday morning, but due to both my thighs being sore from all the down-hill hike we did Saturday, my mood for replying properly went down to nil. I also had a chance to talk to Emma on MSN tonight about random stuffs. In our ending part of the conversation, I asked her what is her idea of a perfect man including his initial flaws. Despite the ‘uniqueness’ of her comments, each part of her desires come out to be generic things that most generic women want anyway. With this said, knowing the people around me who fill in these good and bad traits also makes everything suddenly so much more complicated.

A lot of people who fall into any sort of relationship often find themselves settling with what they have at the moment, momentarily denying themselves facts over concepts. In other words, justifying their own desires currently with what they actually desire.

I won’t delve deeper into this on here, but the idea is very clear. If only people were more reasonable and logical – possibly, greater relationships can form. Alas, there is always the fear factor, that they may lose what they have right now, what they have justified as being ‘good enough’.

As an artist and designer, I know for a fact, nothing I do is very good and it is always only good enough. For whom though does this perspective gets accepted? Obviously not me. Meaning who is the result acceptable for? Obviously the result is not acceptable by me, and only acceptable to those who do not know me. However, people do not tend to work that way naturally. Naturally, people either settle, or they die alone, whatever “alone” really means.

No wonder why I feel more and more foreign to this world as I grow older.

I feel like I am very close to something. I just feel like exposing it and diving into it, but what will I fall into, and will I actually be falling?

“Admirable” is not a word in my dictionary. It’s a non-verbal concept. [speaking to myself] I think in some ways, I understand Aniki’s thoughts back in late 2000 to 2003. I think I am getting quite close to it. [chuckles cynically] I think there’s just one thing I need to experience before I actually get it though. Am I ready for it? Hmmmm… I don’t think I can actually ever be ready for it. However, as far as ‘admiration’ goes for this aspect, I definitely truly admire aniki’s abilities to express his angers back in the day because of this thing. It hasn’t happened to me yet, but possibly it’s time?

Earlier this night, before Emma logged in, I was thinking that there has been one thing throughout the last 9 years I failed to do. This one thing is total and complete sincerity. I always had some sort of ‘plan’ in place whenever I acquaint myself with almost everyone. Those who I never had a plan for were very rare and few. Those were the people I connected with very naturally, instantly on a spiritual level. Everyone else, back in the day, were all trivial to me – trivial enough. As ‘bad’ as that may seem, that was the basic truth. Of course there are also the complemented factors such as being truthfully honest, friendly, caring, considerate, and geniunely thoughtful, but the basic truth of sincerity was that everyone trivial until proven otherwise.

Do I still think like that? In a more refined way I still do – possibly not as blunt. Then again, being ‘blunt’ is relative to everyone outside of my barriers. If I were to truly be myself, I am sure there will be very few people who can accept me – eg: Jon, Graeme, Ben, and maybe Albert. The thing with Albert is that though he and I honor each other’s friendships and spiritual connections, I think he over-estimates me in many areas. By using tact, I am able to retain a solid connection with him. By being calm 95% of the time, I am able to let him explode his rage and still give him a tiny bit of ‘comfort’.

I think I would be like Yoda in exile, when he’s a bit messed up in the head, wields a light saber for the sole sake of cutting wood for my stove. Now mind you, I won’t be nearly as wise nor intelligent as Yoda. I might be one of his pets though…

Or rather, I would like to be a pilot for the Imperial Tie Fighter Squadrons. [wink] Yeah, I would definitely be an imperial fighter. It’s nice to fantasize once in awhile. I like the sound of the tie fighter’s engines.

Anyway, I finally watched the last two episodes of Azumanga Daioh. Afterwards, I thought, “If only the world was like that.” 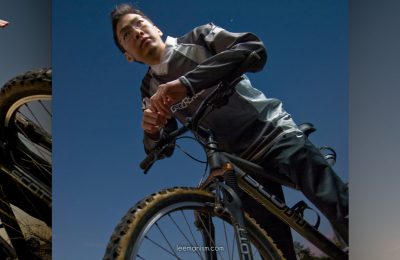