Ah, my sleep schedule is very messed… Then again, the abnormality of sleeping late is really a normality. Where as sleeping ‘normal’ hours is actually the abnormal. Un m un mah?

Since I have to doze off soon, here are some pictures of blah:

^^ Awww… Emma stuffing her face with rice and fish! [laughs]

After my meeting with the crew around 6pm, I picked up Emma from 29th Street Station and took her back to Ditchmond. Got ready and rode off to the Southern Fraser River – Dyke Road, then rode back as Emma was becoming more and more delusional from the lack of sleep previously. Albert picked Jenny up from Burnaby and we met with Patrick at SSY around 10:20pm. Late night sushi – everyone had their fills, etc, and I had to drop Emma back home at Coal Harbour with her bike.

^^ Jenny laughed and said Albert looked like a pig. Does he? He reminds me of Baron La Pervert…

Geez, it was almost 1am by the time we did everything. Pat came with me to keep company. Dropped him off and as I was driving eastward on Westminster Hwy, I thought, “And yet again, I go home alone.”

^^ I was drinking, but I wasn’t drunk. Sometimes, I wonder why I look like that when I’m drinking. My face looks different… It becomes different… Reminds me of Bruce Lee’s teapot speech… 8|

There is/was always a constant automated thought at the back of my mind whenever I take that route home around that hour of the night, but I’ll leave that for someone who actually cares to know.

Anyway, got home, did some stuff, and went to bed. YUM!

Albert had requested to do some proper cycling with me for Tuesday. Got enough rest, ate enough stuff, and he came over ON TIME (yay!) and headed out a bit after 7pm. We stopped a few times at various points. The entire route was about 33km’s. We started at my place, rode south on #5, went Westward on Westminster Hwy until we got to Shell, crossed the road and took the Shell Trail all the way through Steveston Hwy curled around and ended up on Dyke Road next to the southern arm of the Fraser River. This would be our 2nd break. It took us less than 30 minutes to get down here.

Then we went westward on Dyke all the way to Steveston Village (7.2km’s). We were going to go through the entire parameter of Gary Point, but there were way too many pedestrians, so we cut across the field and onto the Western Dyke trail. Rode up about half way, took a water and camera break, then continued to Terra Nova, rested, talked, and continued across Bridgeport Road, passed River Rock casino, east on River Road, north on Shell, and then south on #5, Viking, Jacombs, and home again. 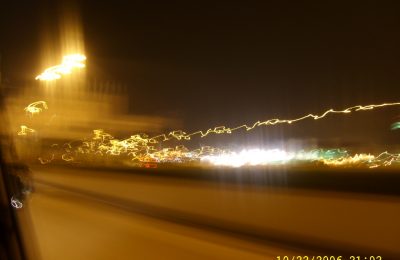 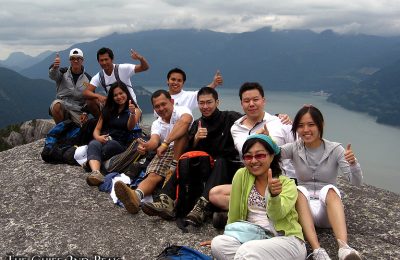