Every now and then, a post from ToxicReddit comes across my feed on Instagram. For the most part, all of the AITA questions have obvious YTA answers from the first sentence. “AITA for saying the N word 3 times to my friend who find it offensive?” or “AITA for taking advantage of my fiance’s vulnerability?” or “AITA for forcing my daughter to give me money, even though she is making ends meet?” I mean, for fuck sake, these AITA posters really exist in this world and they breed, as well as vote. If aliens in the future happen upon a post-apocalyptic world void of humans and somehow read this blog post, I’m telling you dear aliens, this is what humanity has to deal with: really fucking oblivious assholes.

Anyway, people who respond to these AITA questions are often right on the bullseye with their vitriol. However, the main reason I don’t subscribe to ToxicReddit on IG or on Reddit itself, is due to the profound hypocrisy of those same commenters. Sometimes, the commenters are just as toxic as the AITA posters. Sometimes, worst.

For example, “AITA for proposing on a meaningful day for my fiance?”

Basically the summary of the AITA question is that the OP, a 37 year old man started dating his co-worker when she was 19. They dated for 5 years and proposed to her on the anniversary of her father’s death. To be clear, he is now 42 and she is 24. He did so because he felt he would have a much better chance for her to say no to him, due to her emotional vulnerability coinciding her father’s death. In his eyes, he did for sentimental reasons. Obviously, it’s manipulative behaviour trying to take advantage of the situation the way he did. Furthermore, the OP stopped working for almost a year due to a sprained ankle. They have been living with her mom for about a year, since he lost his job due to differing political beliefs.

The vast majority of the commenters focused solely on the guy’s age and their age difference. Most of them didn’t even bother to look at the real problem. To them, they saw “he’s a child grooming creep!” To me, I saw “he’s an abuser who is trying to take advantage of a vulnerable person”. I didn’t see the age ‘difference’ at all.

Before I opened the comment list, I already knew the chance of people with major age prejudice will be high, but I was hoping that in the glimmer of possibilities, that at least a few people would stand up to the onslaught of toxic close mindedness. Basically, the vast majority of the commenters solely focused on the age difference due to the following beliefs:

In short, to these toxic close minded people, they solely believe that people should always date people their own age. The problem I have with this, is that this is on the same wavelength as condemning someone to a specific role or category or style of dress due to their age, gender, ethnicity, colour of their skin, and/or spectrum.

For example, I follow a gorgeous lady named Jennifer on Instagram who is known by her alias “SilverBeauty“. As of 2022, she is 52 and a goddess! My goth, she is so damn fine.

Anyway, she’s living a life she’s happy with, expressing herself she wishes to express, and sharing it with the world. A lot people adore her. However, not everyone agrees with her lifestyle choices. Specifically, some people believe a person should always act like one’s age. For example… It’s this sort of attitude that disgusts me.

Anyway, going back to what I originally was saying. I do not have any issues with the 42 year old man dating a 24 year old woman. People who condemn the 42 year old man solely for his and her age difference, is basing their feelings on the idea she was still a child when they first started dating. That regardless how mature she really was, regardless what their relationship dynamics could have been, regardless how mature he was, nothing mattered more than their age difference. The man could very well be 80 and the woman 40, and have dated since she was 19. These commenters will always find a way to diminish their relationship due solely to their age, and never even look at the substance of their relationship.

Specifically in regards to the AITA post I stated earlier, surely it should only matter that the 42 year old man is a manipulative abuser, and not because they have an 18 year age difference. Just as it should only matter that Jennifer is having the best times of her life being 52, sexy as fucking hell, happy doing what she is doing, and not because she should ‘calm down’, wear grandma panties, and just simply be old.

One could argue these are two different things. That one is about grooming ‘a child’, and the other is about living one’s lifestyle without harming anyone else. However, let’s put it into perspective. When does a 19 year old adult stop being a child? When does someone become mature enough to understand consequences and decision making? At what age should an adult automatically know what is right and wrong? You’re all telling me that a 50 year old person should definitely never make any bad decisions and all of their decisions will always be good? You’re telling me that a 25 year old is incapable of making good decisions ever? You’re telling me that a 19 year old is a child if they are involved with someone who is 30 years old and older, but are not considered children if they are dating someone who is the same age? You’re telling me that everyone should date only in their age range? So a 19 year old should only date someone no older than 21, and a 42 year old should not date anyone younger than 39 and older than 45? I’m making up an absurd random set of numbers to emphasize how stupid this mentality is on age differences and dating within one’s age group.

Age differences only matter when you as an individual isn’t capable of imagining yourself being in a relationship with someone with a larger age difference to you, perpetuated by the same close mindedness of the people that ping pong the same beliefs as you. That’s why you vehemently push this rhetoric onto others because it agrees with the echo chamber choir that sings the same tone-deaf tune you’ve become accustom to. It’s a simple matter of projection. Just because you can’t see it happening for yourself, it doesn’t mean it cannot happen for others. Relationships with large age gaps exist regardless of your prejudice and discrimination. 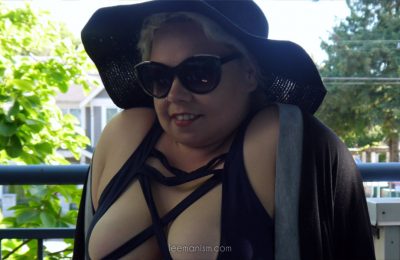 One thought on “Age Prejudice”