Since I was hoping to get some leads on Virginia’s new contact info, I loaded up some super old emails from 1998 to 2002. Back in the day, I used Mail Warrior to read my emails.

Anyway, I went through the few folders I have and with this ambience playing in the background, I really felt a huge surge of sadness but sadness in a peaceful way. I read through Albert’s earliest emails to me in late 2000, Jon’s emails in mid 2000, some of my Jim Pattison, AWF, and Stern emails, and finally Summer In June emails – they were email correspondence between June and I.

Ah June… With this tune playing, and me being really sleepy, I do feel I still miss her. I think pass all the fogs of war, the sudden emptiness, heart-break, and other factors, I can see her, on an island of dreams. Though our relationship lasted 2.5 months in early 2001, that was the best 2.5 months of my life thus far.

June healed a portion of my wounds. She was a mature, responsible, elegant, classy, feminine, street smart, intelligent, well-styled, fun and experienced young woman. Back in 2001, I was 22 and she was 25.

I remember a time when Albert and I went to Rendezvous Cafe with June. We sat on the nice couches upstairs, with dim candle light on the table between us. The white flourescent lights outside the windows beamed in very perfectly, creating a perfect chilled-out ambience. Chatter came from downstairs, and various other sounds made the backdrop of the scenario.

Albert and I drank our brewed teas, dressed in our semi-casual wear, talking about various political and educational topics. The entire time, June sat to my left, folding origami on my hands, rolling up paper to make a ring on my ring finger, and kisses my hand every now and then. Every ten minutes or so I would turn to her and ask in Cantonese, “Are you bored? Do you want to go somewhere else?” And being the perfect companion, she smiles and replies, “No, just keep talking.”

I really love that about her. The thing is, she knew that at the end of the night, she will always have me anyway.

If you’re wondering, why did our relationship end… Here’s the basic story…

James, a mutual friend of ours, asked me in December 2000 to take care of his friend when she goes to Vancouver in January 2001. James had to leave for HK in early 01/2001. June comes here, and Albert and I were ‘charged’ to look after her. June and I became intimately involved about 2 weeks after we met. At first I told her that she doesn’t have to do all that, and I would gladly accept her as my friend. Our relationship grew in a very short period of time. A small misunderstanding in early February caused her quite a bit of emotional pain. After about 4 hours of moderation with major help by Albert, June and I sorted our issues out. From then on, everything was smooth.

June came here to study at UBC for an intensive English program. In the 2.5 months we were together, it was beautiful. She was/is beautiful. However, I didn’t give my all to her. Only a small portion of my heart was opened up to her. Mind you though, it was enough.

On April 11th, I gave her a children’s book called “Swan In Love”, a few origami roses I made, a letter, and a cassette tape of a bedtime story I created for her in the first few weeks we became intimately involved. She grabbed and held onto my hand the entire time, tears streaming out of her eyes. James and my brother Edmond stood nearby, as if they were our guards. When the time came, we walked over to the International Gate. I still remember… She held onto my hand very tightly, as if she didn’t want to let me go. She looked up at me and we kissed our last kiss good bye. I remember wiping the tears off her face with my thumb, and gave her another kiss, then I let go of her.

She walked through the gate, and right at that moment, she turned around to give me one last look. I smiled to her. I wanted to show her my last expression – my lasting emotion to her.

Everything was ‘fine’ that day. It wasn’t until later that night, I stood in front of my bathroom mirror and started crying myself, behind closed doors, as quiet as I could.

June Lee… Those whom have met her told me that they liked her. Even to this day, through the negative relationship with Cindy, Albert and my mom constantly asked me why I don’t try to contact June again. The thing was, Cindy was my focus back then. End of story. However, now that Cindy has departed, I do think about June again, but these feelings are merely feelings of nostalgia. I am sure I do sincerely miss June, but my feelings for her are different today than it was back in 2001.

June healed a part of me, and forever I am thankful. She was/is indeed someone very special to me. Hopefully, in the last 5 years, she had met someone who treats her with respect and give her all the happiness in the world. As far as former intimate companions goes, June is the only one who truly deserves that much and more. 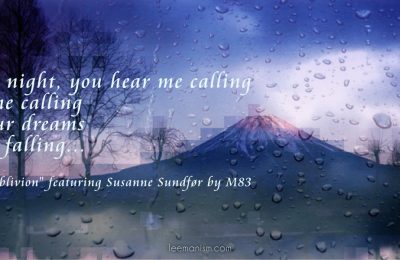 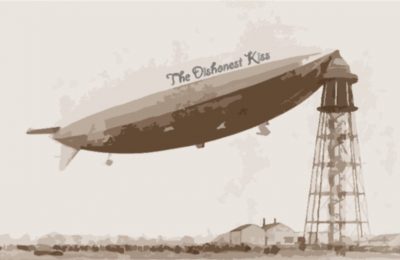