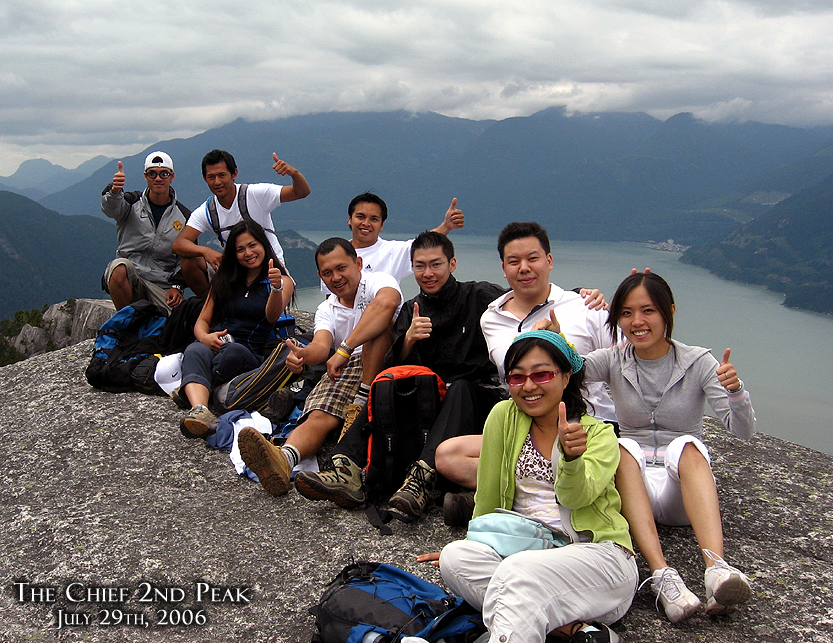 ^^ At Peak 2 – Back to Front: Patrick, Freddy, Isis, Emery, Mike, Leeman (duh!), Albert, Jenny, and Emma. Missing: Lovely and the other guy whom I don’t remember the name to.

Sorry, I wanted to enter this sooner, but sore thighs, mood swings, work stress, sexual frustration, and crap made me lazy. It’s Thursday, and guess what? I have the following to do by Sunday:

You know? When things seem to be closing up for the season, new stuff just fly by and hit me square in the face (and then some). [drops to my knees and throws arms in the air] WHY?!?!?!

Anyway, this entry wasn’t supposed to be about that… As far as dismal goes (ref: Spongey’s email), yeah, it did seem that way. Just a bit moody over the last few days. My – well, not MY company, but the company that I have partnership in is moving in the ‘right’ direction slowly, and it’s giving me anxiety that it’s inching so slowly. I know, I know… These things take time, but damn, I’m 27 you know? I want to be top 30 under 30… [laughs] 8]

Imagine that eh? Imagine we get bought out for $250 million… Wow… That’s $30 million in my pockets… [laughs excitedly]