Yeah, noticed that time? I barely got any sleep. My eyes are achingly dry. Went downstairs about 30 minutes ago for a full cup of milk. The Port earlier dried me out.

I had a dream where I think it started on some river – the Fraser River on a calm day? Early summer evening or late morning? I was looking at a pier and thought that it would be a lot safer and smarter to build it this way – “this” being what I was thinking about while I was dreaming. Then we came closer to another pier and thought, “If only they built it like how I would build them, then things would be safer.”

We weren’t really on a boat, or rather, I wasn’t quite aware that we were on anything. We = Jon and I. This part was freaky. We made out and had babies.

No, so we got off the ‘invisible’ boat and before us was this small dark green inflatable boat with a wooden transport platform – I don’t know what they are called, but it’s those wooden plank things that lifts use………….

So we saw a dark green inflatable boat on top of a wooden plank thing. It was weird. Regardless, we both got into it and started up the motor.

I sat down on the right side, and Jon was standing up on the left. I kept urging him to sit down as it was dangerous to be standing up while we sailed across the river like that! I thought he was stupidly brave for doing that.

Eventually, we got to shore and Mike was with us. He was how he was back then wearing a white t-shirt and a baseball cap, and for some reason, I was topless wearing jean shorts. As we neared someone’s apartment, Jon said to me, “Dum dum dum daaa, I got you something from my trip.” Then he pulled out a stack of new clothes. I think there were six of them. Four of them had prank words on them. I don’t remember what they read but they were funny and made fun of certain things and people. We were inside someone’s apartment, but I didn’t know who’s.

So we were outside again, and we neared a gas station – the Shell gas station on the corner of Garden City and Lansdowne Road. That was when I decided to put one of the sweaters on. It was a bright red one with some orange pattern or orange text on one side. It was a turtle neck fleece sweater I think. I thought I looked good wearing my dark brownish green long pants that I somehow had on at the time.

We ended up at what looked like a modified version of J.P. Malones and we sat down at a patio table with chairs. As we sat down, we noticed Benji at an adjacent table. He was on the phone and having a pint of beer and had a lit cigarette. We looked over to him and he nodded and went inside the pub. I remembered saying, “Man, I could do with a pitcher right about now.”

We sat at a circular table, with Jon to my left and Mike somewhat across from me. A patio umbrella was over us, and the restaurant window was behind Mike. There were bushes around the back of Jon and myself, and the parking lot beyond them. The sky was a pale baby blue, as if it was early summer evening.

What looked like a cross between Darcy Little and Dale Lescano appeared at where Benji was sitting and he looked annoyed that Benji wasn’t there. So Jon and Mike saw Benji on the other side of the window and knocked and Benji waved Darcy/Dale into the restaurant.

This was when I woke up. I checked my clock and it was about 10:20am. Picked up my cell and noticed that I had friggin 6 calls. So I called Benny and ignored the other one for now. Work related, etc, etc, etc.

Man my back hurts like a bitch. That’s what happens with the over-indulgence of booze. It does wondrous things to my back muscles, my intestines, and my head – no, not my dick, my head, the one on my shoulders. 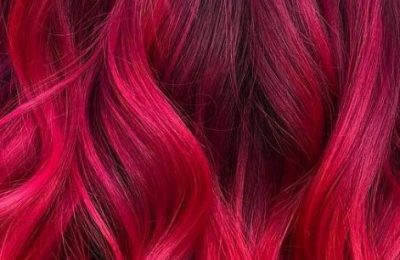 One thought on “A Strange Dream, Yet Again”