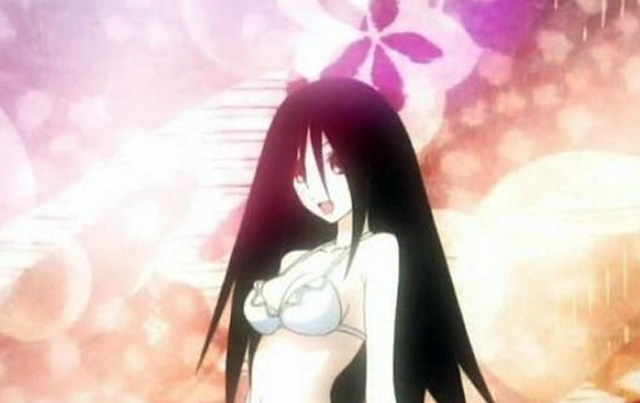 You might not realize this but that image above is the anime version of the girl in The Grudge. I don’t care what you say. She is and that’s final!

I used to adore horror films. I’m not talking about the gory kind. I’m talking about the freaky kind that creeps me out for years and years and years. However, as I got older, the more unyielding I got about entertainment. I now enjoy things that I didn’t normally like when I was younger and the things I used to do, no longer is a part of the mundanity of my life. It’s not surprising, since people outgrow things over time.

About a week ago, I was looking at some pictures of Prince Charles and Duchess Camillia on Facebook, when I happened upon a comment by a woman who hates Prince Charles and the Royal Family with a passion. The reason being she thinks the Royal Family baited her into a loveless marriage and that in the end, she got the bitter end of the deal. She commented that people must never have lost loved ones or they lack the conscience as good human beings should, just because people are asking her to forget about it and move on.

First of all, NO ONE is telling her to forget about it. Second of all, moving on means people should take this incident as a sample of life and learn from it and try to better themselves by not falling into the same trap.

I did respond to her and this is basically what I told her:

What’s the point of holding onto a grudge that only breeds more hatred, misery and unhappiness, when people should learn to forgive each other and move on? Life is long for those whom are in pain, but is this the sort of life you want to dwell on for the rest of your life?

No one is asking you to forget about it. Everyone is asking you to learn from it and move on. Prince Charles is now and has been for many years, married to the woman he loved even before Diana married Prince Charles. You said that everyone had choices and that the Royal Family chose to bait Diana into the loveless marriage. Well what about her own choice and the choices of her own family? You think the entire blame falls onto the Royal Family, yet you fail at your own logic that Diana and her family had choices as well and they chose to take that ‘bait’.

Were you there beside her when she made that choice? Did you know what really went through her head? How about the minds of her family? It’s easy for you to cast blame – the outsider, but you don’t know shit.

Anyway, I went to a bar with Ed Wednesday night. I haven’t seen the guy for almost four years and I haven’t spoken to him for about three years. Though prior to me meeting him, I spoke with him on the phone about two months ago. It had to do with Albert.

So we went out, caught up and I told him I’m married. I also found out he has a two year old kid. Geebus! A KID! Half of the evening was about Albert and the other half was a myriad of different things like my wife, our marriage, money issues, my brother, his own stuff, the food we had and some other stuff. He hasn’t changed much. He’s so solid and stable.

Ed laughed at the beginning of our conversation, before we said anything to each other and asked if I wanted to know what he knows first. So he told me that Albert’s “last straw” was the blog post I wrote about him and Jenny. Well obviously, that post was also my “last straw” as well, otherwise, I wouldn’t have posted it up. Ever since then, Albert and Jenny has held a massive grudge with me, which isn’t surprising at all.

The thing about Albert is that he holds grudges like his life depends on it. He will take it, ferment it in dark soya sauce mixed with rice wine and leave it somewhere dark and cold for centuries. Then at various times throughout his life, he will dig it up and take a sip from the disgusting putrid smelling grudge juice he loves. It empowers him to continue life as his pride requires it. Then when he has had enough of the grudge juice, he covers it up tightly and buries it again.

As for me, I grew out of my grudge. My grudge lasted about a year and a half. That’s why I called him in 2011 and then contacted both of them back in January this year.

With that said, once Ed finished his story with me, I told him the entire story, starting from the chain of events that happened about a year prior to that, like Ryan’s and Jenny’s birthday mesh-up, how I failed to be there at the hospital with Albert when he had appendicitis, the stupid anger-filled blog post I created and so on and so forth. Since the falling out with Albert and Jenny, I had gradually reconnected with friends long lost and strengthen the connection with existing ones.

Anyway, so that’s it about The Grudge. If you’re wondering, the old blog post which I already removed some time ago was called “The Uptight Duo -VS- The Laid Back Crew”. It’s too bad really. A long time ago, Albert was once pretty cool and we had an affinity with each other. Unfortunately, the years went by and we both changed. It’s just that, I realized my changes and he didn’t realize his. 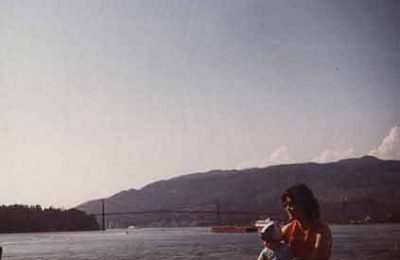