A few days ago, I sent an email out asking a few of my friends if they would be interested in becoming Angel Investors for my game development company that I started with my nephew. Before I sent the email out, I spoke with my nephew predicting who might and might not be interested. In my prediction, I thought Benny and JD would consider it and the others would decline. I thought Benny would consider it because he has always wanted to help me build my portfolio and get my family taken care of, through my own efforts. I thought JD would be interested, because he told me a few months ago about getting into new business ventures. One thing I requested in my email is that if they cannot or is unwilling, that they respond with a “No”. Alas, I only received two responses and none of the others said “No”. It annoyed me because I felt that was being disrespectful. It showed me how small on the ladder of importance I am in their lives, but I am not blaming them for it. I haven’t been a good friend over the years, swallowed up in my own problems, focused on my own issues, I haven’t taken the effort nor enough time to reach out to them as a friend.

The two that did respond were my very unlikely predictions. Jason L and Laura responded. Jason L told me he could not meet the tiers I asked for, but gave me $200 and asked to become a Closed Beta Tester. Laura told me she wants to invest, but have to get her husband’s permission for large sums. However, I appreciate their care and considerations.

Which brings me to this thought: I overestimate and underestimate where I am in the sphere of importance and influence and this saddens me that I cannot do such a simple thing as fly out to Calgary to spend more time with Jason L. It annoys me that I cannot drive out to Langley to see Laura in her new home. I know she’s busy. I know she is tired. So it angers me that I cannot do such simple things for my friends. Indeed, only Patrick, Benny and Jason L know about my social anxiety problems and other issues, but overcoming it to be ‘there’ for my friends is also important to me.

Cindy once told me, when our relationship was failing, that I do things at my convenience and proof of that lies on what I do with my family, friends and girlfriends. Over the years, I carefully monitor this and I have gotten better in some instances, but I am still not independent mentally enough to go for the stretch.

I wish I have my own car, so I can drive out any time I want. I wish it was a newer car, so I can go further without it breaking down. I wish I have no issues taking public transit by myself. For the most part, I’m okay, but I’m one of those ‘Chinese ladies’ who drive inside the city their entire lives, never drive on highways and never crossing the bridges. Of course, when Laura still lived in Vancouver, I made the drive there. The thing is, she lived where her cousin lived, where two of my past flings lived and where my ex girlfriend used to live. So it was familiar territory.

One thing that really made me sad though, is my faltered relationship with Jon. I knew this was going to happen sooner or later. Here’s the thing: Twenty years ago, when his best friend from Kamloops came down to see him and they played table tennis at the gym, I saw how ‘awkward’ they looked being in each others presence. I knew from that moment onward, that eventually he and I would be like that.

I don’t believe distance truly divide people. I believe it’s how they are connected and how that person evolves that might divide people. Look at my relationship with Amber. We’re a bit over two years apart. Yet, we talk to each other almost every day. We need to. We have to. Maybe that’s why I’m not as lonely as I mentioned to Laura earlier.

The bottom line is that I really wonder where I am in all of this. I was once close to everyone. Everyone entrusted their stories, feelings and secrets to me. Yet today, I am a nobody. 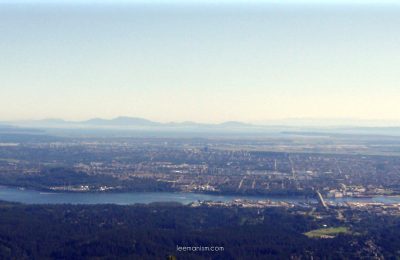