This is his latest comic, titled “Why?”

It took me about ten seconds to look through the panels and I double tapped it for a Like. My interpretation of the comic was pretty instant right from the fourth panel onward. It’s simple and sweet. The core message as usual is love and consideration. It is up to the imagination of the reader to assign whatever back story we can muster up, such as she might have had a hard day at work, perhaps she had a headache earlier, maybe she has been buried under a lot of other duties, or she was doing other chores around the house. The details aren’t important. What is important is that the husband loves his wife and wants to help out with her chores. Hence, being considerate. That’s what comics like this are for – to express the core message.

However, when I scrolled down the comments, I knew something was off, when there were hundreds of comments on such a simple comic. So what was it? Misinterpretation of course. Here are some samples of these misinterpretations.

oshapenko
That’s nice to teach a kid that chores “must” be mom’s. Oh no wait. It’s not.

You should teach your son that chores are for both sex

Clearly, it seems many people simply do not take into consideration the context of the entire comic series. Mariailen_N and many people like her, are the type of people who seem to judge an entire book by one paragraph she randomly read, then proceed to criticize the author for being a horrible person because they completely and utterly misinterpreted the core message of the comic, as well as the entire comic series.

Comics aren’t books fortunately. Otherwise, I wouldn’t have followed Lunarbaboon in the first place. 😉 What I am trying to say is that the comic had a very simple premise, but hundreds of people are focused on the words “my chores” on the fourth panel from the mom.

Holy mother of Odin! What the fuck? Seriously?!

What’s super crazy about these people who have misinterpreted the comic, as well as the entire context, is that after being corrected by very patient fans of the comic series, some of them still demand the author change the wording to fit their personal rhetoric, with no desire to secede from their original twisted point of view. What further makes this worst, is that these same people defend their misinterpretation as the be-all-end-all, as if only their opinion matters. Their train of thought is pretty much along these lines: “Obviously the author doesn’t meet my expectations! Therefore if he doesn’t change the wording now, then he is a horrible person who preaches inequality! All his fans defending him are unnecessarily defensive! It’s my opinion, accept it or go away!”

It’s seriously disheartening. So we have to accept your misinterpretation, your inability to see the simple core message, your extreme focus point on the words “my chores” or “her chores” as some others have interpreted as such, and agree with you that the author must meet your demands or you will lose respect for him for promoting what you deemed as inequality in a household?

Mariailen_n came back to me with the response later, that she’s not asking the author to change the wording of his comic, but merely to point out that he must also accept the interpretations of other people who see his comic panel as thus, because that’s what art is about. However, she completely missed the point. Interpretative art is welcomed, certainly. However, when you’re there bashing the author for teaching children the wrong thing, when the author has clearly given broad context throughout the entirety of his comic series, then the onus is not on the author to expect wrong interpretation. It is up to you, the person who made the wrong interpretation to adjust your attitude and behaviour to accept the fact you’re wrong. Period. This isn’t some abstract art piece being exhibited at a gallery. This isn’t some photographer’s alternate take on slavery. This isn’t a splash of random colours with stick figures doing some strange gestures. This was literally a comic panel about a man and his son helping out the mom with the chores. Literally, just that simple. Yet here we are, taking something so extremely simple completely disproportionately.

Lunarbaboon, your heart is in the right place. Absolutely do not give into their demands. It is up to them to accept the context of the entire comic series and apply that context to the individual comics. I like that you accept constructive criticism, but you should only apply that criticism according to your future comics in a minute way. If you change your current comics to fit those whom have misinterpreted your style and writing, then what happens when people like myself start misinterpreting your new style and writing? Will you change your comics again? Revert them? Overdo with the words?

Absolutely not. Continue to do you. Your comics are perfectly wholesome the way they are. Your message in your comics are simple, to-the-point and awesome. Don’t let those who can’t read context change you. ♥ 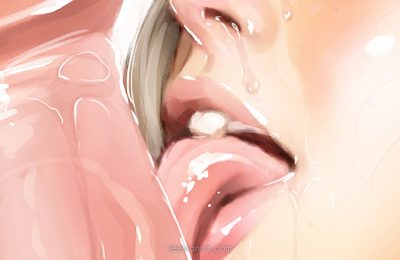