‘Oddly’, I had another dream this morning where my brother and I were alien agents disguised as humans being lead around a hospital by a round Asian-type man with glasses and a sweater – he looked nerdy. We made sure it looked like a tour, that we were some VIP or something like that. When we got out of the hospital, my brother and I met up with Julia (Laura’s Julia), to celebrate her birthday. My bro drived, and I sat in the back seat, picked her up, went to Bridgepoint (so the old place but still existing today), and went into some candy gift shop. My brother got her a teddy bear with a heart on it. For some reason, I got jealous of my brother for receiving so much attention from her, even when I knew he was/is gay.

Later, Julia transformed into Emma, and that was even more uncanny. We walked down this street at a place I was unfamiliar with, and I was behind them as they were so close and affectionate in a playful way. I knew my bro was/is homosexual, but he was able to give her a kiss on the cheek, hug her and make it look like they were a couple. I tried to be my ‘usual’ indifferent self, but no matter how much I shouldn’t have tried and should have been automatic, I couldn’t stop my feelings of envy/jealousy.

It got to a point where we went into a plaza across from Lansdowne Mall, except this plaza doesn’t reflect the real life one – it was completely different looking. It was much nicer, less modern, more jungly and organic with dark brown wood, etc. They entered the inside area of the plaza but I told them I’ll meet them later after walking around for a bit. I couldn’t stand being in their presence.

At first, I had a basketball, and I played some hoops by myself. Then I gain partial awareness in my dream and thought it would be so petty to have the ability to summon up a BMW right then and there, but I did anyway, and drove that around for a bit. The funny was that it was an automatic, but I drove it with the hand movements and ‘clutch’ stepping as if it was a manual. Let’s just say to say the least, if Jon or any other car-nut saw me, I would have hid myself in a tiny dark corner, embarrassed in all eternity, and never again be seen by another pair of eyes.

Anyway, so they came out of the plaza and for some reason, I had also been riding around in an oddly shaped Indian motorcycle that was able to fold and have its wheels shrink on demand – talk about partial awareness and control eh? [shrugs] So I loaded that in my large trunk, but I knew it was small at the same time… Huh? Yeah, weird. The thing is also, my car was no longer a BMW. It was some… Yeah some sports car that doesn’t look like anything on the market, and actually rather plain looking too.

Right, so I went over to my bro’s car, and tried to load something into the seats behind them. Emma was being very considerate and asked me if I have enough space, but I countered and asked her if she has enough leg room, etc. I also noticed how physically attractive she was, and tried to deter my eyes and my thoughts from that. My brother on the other hand was being an asshole. He let go of his breaks and started rolling backwards, while the door was still ajar, and I was in its path. What a bastard! Emma to say the least, looked discomfortable.

So I blew up, and opened his boot/trunk, and flipped a box of Monopoly money and pieces all over his back seat and trunk, then flipped some other items all over his car. It was so friggin messy and so friggin petty on my part. Emma looked totally uncomfortable, and my bro was like “yeah whatever you jerk”, even when he was the bastardly one, but I guess he has that right to. He didn’t do anything wrong, except allowing his car to roll backwards.

That’s that. What a weird dream. I also remember that my new sports car had a flappy gear box, and it was uncannily, really easy to drive – like I knew that somehow, even though I’ve never driven one in real life. Must be all the Top Gear I’ve been watching.

I have to confess though, I am sometimes envious of my brother. He doesn’t have it all together, but he has so much more of his life together, no matter how selfish he is, at least, he has his freedom and anything he wants to do, he can do it without worrying about family obligations and such. Hopefully, in my next time lifetime – if any, my family would be well-off, and they would promote me to pursue my own dreams and goals without the hindrances of family obligations of this degree.

BTW, Michelle, that book you have for dream interpretations must be pretty thick. That was a lot to type out for just the mountain stuff alone! 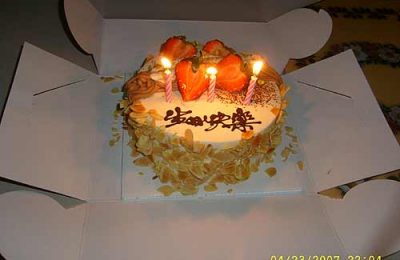 3 thoughts on “Envy Of My Bro Edmond”