As you can see, my sleep schedule is messed up again, but after I get up later today, it’s work-mode for the TBM project. Need to finish and close the conceptual stage today. [sigh]

I’m so thirsty after all that booze I had at Pat’s place earlier this night. Picture time!

^^ It was kitchen madness in the beginning. There were all five of us in one less than 200 square foot room (kitchen), and remember that there are the counters, stove, fridge, and table/chairs as well!

^^ Original recipes were meaty pasta, spinach salad, and mushroom soup, but when Pat, Laura and I went to Super Store, all the spinach was gone. It must have been because of the E-coli scare that they took them all out. So we ended up having soggy caesar salad. The dressing tasted odd…

^^ After dinner, which was around 9pm, we watched videos produced by Wong Fu and some other stuff, then played Ad Liner – a really old game from the 70’s or 80’s. It was pretty good, but by then, Albert and Laura were super sleepy. [sigh] I wanted to see Laura rub her eyes! 83

^^ Laura in all her powerful glory!

^^ Jenny and Laura in blah-mode.

And to answer Michelle’s earlier question – “lun” is a Cantonese slang for “dick” or “cock” or “penis” or “schlong” or “woohoo”. So when used in a sentence such as “Laura likes to lick lun” – it can possibly mean “Laura likes to lick woohoo” OR possibly in other words “Laura licks”. Most things in Cantonese/Mandarin/Chinese cannot be directly translated, lest it sound totally off – eg: Let’s do an English to Cantonese back to English translation of “Jenny is crazy” translated to Cantonese, would be “Jenny is bak chee”, and translated back to English would be, “Jenny is white sticky”.

Another example would be and to use a popular saying, “Do your best Leeman!” to Cantonese, “Ah Li! Ga Yao ah!” back to English, “Leeman, add gas!” As you can see, “Leeman, add gas!” can be interpreted in quite humorous terms – eg: what happened tonight when Albert let a ripple of bowel gas out…

ANYWAY… Ulterior motives… [strokes fuzzy unkept chin] [grins] Hmmm… Well I really shouldn’t share them publically… [wink] Alright, I did say I would share didn’t I? Let’s look at something ‘milder’… Eg: for every new female I’ve met from May of this year to now, I’ve been trying to achieve two things: 1) expand my circle of friendships, and 2) have a very ‘indirect’ interview for a possible emotionally intimate rendezvous for Patrick. [chuckles] I’m the type of guy who can be subtle, but for some things, I just screw it and answer straight out if ‘anyone’ asks – eg: not too long ago, Emma asked me in front of Pat, “So did you try to set Pat and I up when we initially met?”

Right off the bat, I simply smiled and answered, “Yes.” [wink]

It was a humorous scenerio with some extremely dry humor on my part of the mental fence, because Pat was right there but Emma and I talked as if he wasn’t really there. Would that be a sign of rudeness? No, not at all. That’s simply cutting him out of the conversation to save everyone the trouble of bush beating… [laughs] You know what I mean! 8]

Back in my day, I had some fun playing games with certain people. Mind you, these weren’t petty little games. These were massively intricate games involving many people in power and those with little and/or no power. I was one of those with little power/influence. It was fun while it lasted, but I learned a great deal to not let it expand into my friendships and my love life, which it did in the initial part.

On this note, my immediate family celebrated the Autumn Festival Friday night. My brother took off before dinner for no apparent reason, and my dad was irritated – I was too. He came back and most of dinner was already over. My dad commented that my brother is cold hearted and disconnected from the family, etc. My brother was there and not really listening. His bad attitude isn’t overbearing, but his indifference can be quite depressing to us.

I didn’t defend my brother, but I did offer my dad an alternative perspective. I told him that ideally it’s nice to keep in touch with our relatives, but in reality, we are all not that close, nor do we actually need to. The idea of family, being together is nice, even common courtesy to write a card back home and ask how everyone is doing, but reality dictates that the reasoning to make the effort to keep in touch is quite meager. In short, it’s an ideal concept that isn’t too appealing.

My dad kept quiet, and my mom just said somethings. Then I continued by saying that there are those who look at what is directly in front of them. They spend for tomorrow and today, possibly saving for something in the near reachable distance. Then there are those like me who look at what is in our past. We spend for the long term, and painfully take out money to spend for today. We try to work and strategucally organize ourselves for something in the future – however far or short it may be.

Money aside, those who look in front of them, look out for themselves and take many other things for granted. Those who look toward their past, take other peoples moods and wants before their own. Only when their own moods set in and solidify, do they make decisions based on their own needs and wants.

Mind you, this isn’t set in stone. I know people who look into their past and are some of the most selfish bitches and bastards on the Earth, yet care about their family like his/her life is meaningless without them. Then there are those who look at what’s in front of them, and geniunely care about their friends and how they connect with themselves.

It’s all about the spectrum. However, generally, those willing to embrace their pasts, are more willing to acknowledge wisdom granted to them, rather than those who avoid the past and put up a barrier to protect their ego. 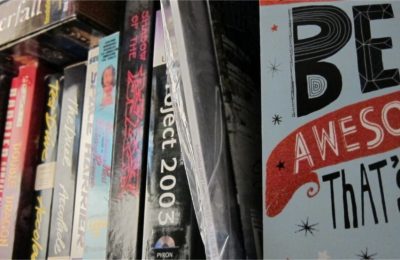 5 thoughts on “Howling With Ariel”