Last Monday, I went in for my follow up after my gallbladder removal surgery four weeks prior. While waiting at the office of the specialist and surgeon, a Caucasian man in what looked to be in his 70’s or 80’s walked in and asked the secretary if a specific doctor was in. She told him that the doctor left and went into medical practice in the USA. The guy then snorted and said he couldn’t blame him for leaving this country. He even said that it was better that doctor left for the US, since it’s much better there.

I stared at him the entire time. He glanced at me a few times and didn’t even look at the other secretary which was of Chinese descent. I figured when he said (paraphrased), “I wish I could leave this country too. It has changed too much and not for the best.” he was actually speaking about the mass of Chinese immigrants. I wanted him to make direct eye contact with me because I wanted to stare him down and see if he would make a racist remark.

The other day, my wife was on VSee with me and we were playing World of Warcraft together. Somehow, whatever we were talking about, became a topic of national patriotism. Amber said to me, “You’re a Canadian patriot.” Which I responded, “I am no patriot. I loved this place I have lived for all of my life, but I do not support our pathetic excuse for a government and what our lovely city has turned into.”

She digressed and countered (paraphrased), “You’re definitely a patriot of your country. You may despise the doings of your government, but at the end of the day, you won’t abandon your country and would stand by it.” She went on with a few more things, but all in all, she opened my eyes about being a true national patriot.

I never considered myself proud of my country, nor thought our government was really that good. I felt that the ideal that fit Canada as a great respectable country loved by millions, is really a costume disguising a bag of corporate bullshit. Indeed, I think Canada is a better nation than our cousin to the south, but coinciding my standards for what is considered “great”, Canada isn’t really all that better. We’re constantly holding up our policies and laws on a thin piece of string. Considering all these changes the Conservative government has done to us, on top of how the Liberal government treats the teachers and nurses in this province, we really aren’t that great. We’re better than the USA, but we’re not great.

However, now that I turn around and think about what Amber said to me, it makes a lot of sense. For example, I support Canada’s monarchy. Which I will explain in a post after this one why the monarchy should exist. I also have made it a mandatory factor to vote for the proper government. This is no longer a simple right, but a necessity. It is our responsibility. If you don’t vote, you should be void of your citizenship. I adore the traditions of this nation, the roots and the evolution of it. I love all that makes Canada, Canada. I love that I am Canadian. I love that I was given the chance to experience Canada. I am happy that I was able to grow up in 1980’s Richmond before the mass immigrations of Chinese people. I am happy that I was able to experience classrooms full of different ethnicity, instead of a classroom predominantly Chinese. I am happy that there are Chinese people who live here and have evolved themselves to match up with the culture.

In the end, I hope my kids can enjoy an evolved version of what I was able to experience. I would hate to move to a different country, because we can no longer live in a place that has become too expensive, too corporate motivated, too extreme-leaning in politics and definitely leave if religion plays a big role in our lives. 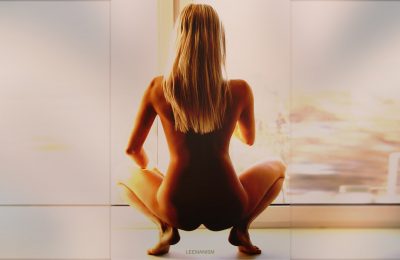